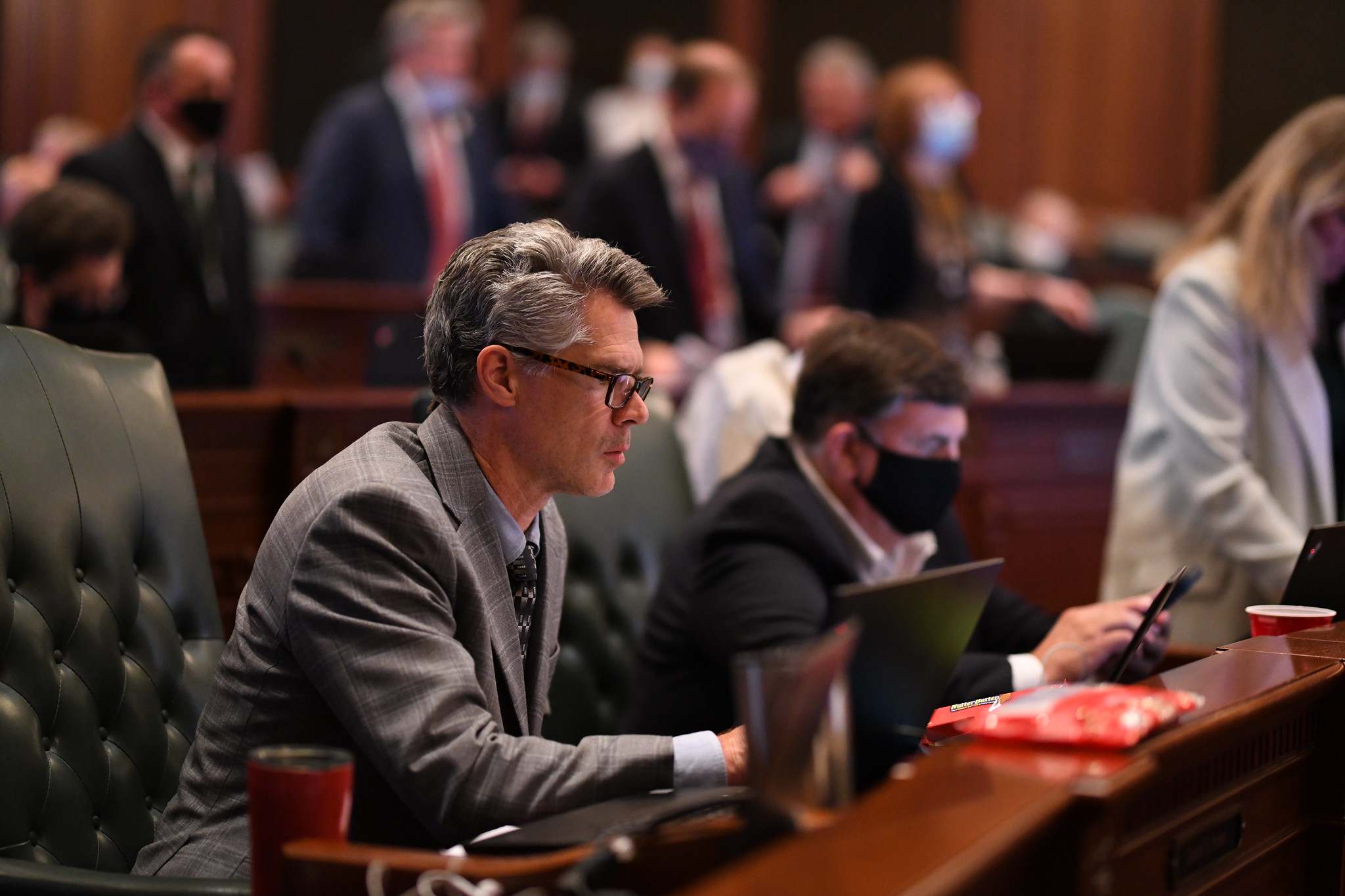 Eight children have died since December while cases of neglect or abuse were under investigation by the Department of Children and Family Services.

The DCFS director has been held in contempt of court a dozen times since January for the agency’s failures in properly caring for or protecting children.

The Illinois Department of Children and Family Services continues to get negative attention for how children under their watch are treated. A leading statehouse Republican wants answers.

House Minority Leader Jim Durkin, R-Western Springs, said the governor has only given lip service to the problems as contempt of court charges stack up against the agency’s director.

“They treat a contempt of court citation as if it’s a jaywalking violation,” Durkin said. “This is just so wrong. These are children’s lives that are at stake. The governor likes to blame everyone else except his own agency. He takes no responsibility.”

Since December, Durkin notes the DCFS director has been found in contempt a dozen times. Then there’s a recent audit Durkin said is devastating showing the department didn’t have proper records on 192 of 195 cases.

“And that was a requirement under a law that J.B. Pritzker signed within the last two years so his agency is not even following the law that they had championed,” Durkin said.

This week, State Representatives Dan Ugaste (R-Geneva) and Mike Marron (R-Fithian) urged Governor Pritzker and Illinois legislative leaders to call for a Special Session of the General Assembly. They requested this action to allow the General Assembly to pass legislation paying the remaining debt in the Unemployment Insurance (UI) Trust Fund. In a letter sent to Governor Pritzker, Speaker of the House Emanuel “Chris” Welch, and Senate President Don Harmon, the representatives pressed this action to relieve future fiscal burdens from Illinois businesses and residents using surplus revenue from Fiscal Year 2022.

“The General Assembly’s decision to not pay off our UI Trust Fund debt in full this spring will negatively impact Illinoisans down the road,” said Rep. Ugaste. “Illinois residents are on the hook for $1.8 billion, which will result in future fiscal burdens that are preventable. Rep. Marron and I are calling for this Special Session to avoid the unnecessary interest penalties and tax hikes that are tied to delaying this responsibility.”

State Rep. Mike Marron says he and Rep. Ugaste are demanding the Special Session to pay off Illinois’ Unemployment Insurance Trust Fund debt because of the failure by the supermajority party to properly address the issue in the abbreviated Spring 2022 Session.

“Governor Pritzker and the majority party should have already done this, but they prioritized pork barrel spending for Democrat legislators and their districts over doing the financially responsible thing and paying off our unemployment insurance debt in full,” Marron said. “Employers and those individuals that would need to depend on unemployment insurance in the case of a future disaster or some other circumstance should not be facing tax hikes and benefit cuts so Democrats can play election year politics with spending projects. We are urging Governor Pritzker to call a Special Session to address unemployment insurance debt because it quite simply is the morally and fiscally responsible thing to do.”

Resulting from multiple sweeping emergency declarations issued by Governor Pritzker starting with the beginning of the COVID-19 pandemic, the State of Illinois experienced a significant increase in unemployment claims. The federal government allowed states to borrow money to meet this increased need, and Illinois’ Unemployment Insurance Trust Fund was liable for more than $4 billion, plus interest, owed to the United States Department of Labor.

Since the money became available, House Republicans urged the General Assembly to fully pay off the debt owed to the federal government using existing American Rescue Plan Act (ARPA) funding, but their requests were unheeded. There remains a $1.8 billion liability. Reps. Ugaste and Marron are now calling on Governor Pritzker, Speaker Welch, and Senate President Harmon to apply surplus revenue from FY22 to this debt and stop interest payments.

The House of Representatives is currently scheduled to return to Springfield for veto session in late November and early December.

The Illinois Department of Employment Security (IDES) reports monthly on the local unemployment numbers posted within fourteen major Illinois metropolitan areas. These areas contain most of the population of Illinois; three of the 14 areas encompass the major counties of Metro Chicago.

The IDES report for May 2022, which is based on preliminary numbers gathered by the U.S. Bureau of Labor Statistics, showed a continued drop in unemployment in most of the regions of Illinois compared to the pandemic-affected numbers posted in May 2021. However, three metro areas showed no year-over-year improvement during this period of dramatic nationwide economic recovery: these are areas where the unemployment rate was just as high, or higher, in May 2022 as it had been in May 2021. The three areas, and their unemployment rates as of May 2022, were Danville (6.1% unemployment), Decatur (7.1%), and Kankakee (6.2%).