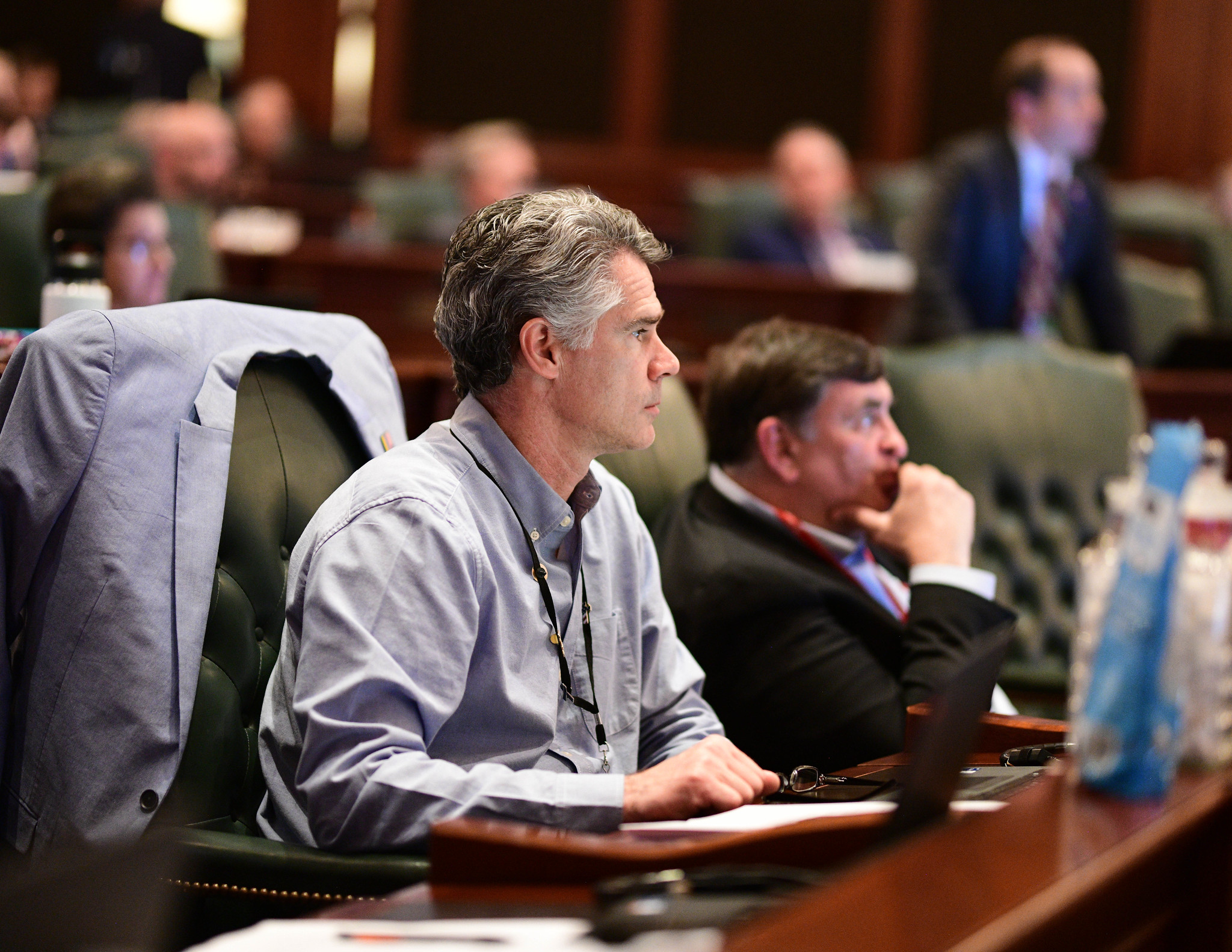 The Illinois House and Senate held its final week of the scheduled 2022 spring session and then adjourned in the early morning hours of Saturday, April 9. The General Assembly could come back prior to May 31, 2022, the constitutional adjournment date, in case of unusual circumstances or emergency.

Over the course of the truncated spring session, the General Assembly passed a total of 404 bills through both chambers. Key issues addressed in the flurry of activity at the end of session include a $46.5 billion State of Illinois Budget for Fiscal Year 2023, temporary tax relief for Illinoisans, nursing home rate reform, a modified hospital assessment program, a Medicaid omnibus bill, various public safety measures, and a partial repayment of the $4.5 billion Unemployment Insurance Trust Fund debt.

Unfortunately, the Democrat majority took little action to address skyrocketing violent crime, to bring meaningful changes to the failed leadership at DCFS that has resulted in the deaths of many children and eight contempt of court citations against DCFS, or make an effort to provide permanent property tax relief to Illinois homeowners. Despite the recent 22-count indictment against former Speaker of the House Michael J. Madigan on racketeering, bribery, and extortion charges, Illinois Democrats did nothing to address ethics reform or clean up political corruption.

The Fiscal Year 2023 State Budget might be the most blatantly political budget we’ve ever seen. In the waning hours of the final night/morning of session, Democrats approved a $46.5 billion budget. Due to the end of some federal benefits that were bolstering our state coffers, revenue is expected to decrease by just under 5.5%. Meanwhile, the operations budget passed by Democrats will increase spending by 10% over the same period. It doesn’t take a mathematician – it doesn’t even take a 3rd grader – to understand that this spending trajectory is unsustainable.

This proposal was crafted with zero bipartisan input and dropped at the last minute because Democrats don’t want the people of Illinois to know how they’re spending your hard-earned tax dollars. While Illinois families, faced with record-high inflation and struggling to make ends meet were sleeping, what did Democrat lawmakers do? They gave themselves a pay raise.

Democrats are painting a pretty picture of our State’s fiscal health while ignoring the structural causes of Illinois’ many decades-long fiscal instability. It turns out the State didn’t need the graduated income tax to go on a massive spending spree like they planned because a pandemic hit and the federal government sent the State $12 billion in COVID cash, which Democrats have chosen to squander on billions of dollars in pork projects for their districts.

These federal dollars are temporary and won’t always be there. In fact, under the budget that just passed, the State will have less than $100 million left remaining. Additionally, unprecedented inflation has filled the State’s coffers with unexpected revenues, but when that high crashes we will still be left with the same problems. No structural changes have been made. No permanent property tax relief has been enacted, and no regulatory relief has been implemented.

Instead of putting these temporary COVID-relief dollars to good use, Democrats are stuffing the budget full of more than $2.6 billion in election year pet projects for their districts. These election-year pork projects won’t provide meaningful relief to Illinois families in the face of what could be long-term inflation and a possible recession.

Our constituents, our taxpayers are on to these budget games and Democrats will feel the full measure of the frustration of the taxpayers of this state because of this irresponsible budget and because of the dismissive attitude Democrats have displayed toward crime, corruption, and the out-of-control cost of living driven by their reckless, corrupt, and irresponsible policies.

A federal court decision on Monday, April 18 struck down the authority of the Centers for Disease Control and Prevention (CDC) to impose mask mandates in places of public transportation throughout the U.S. In response to this decision, the arms of the Chicago-area Regional Transportation Authority (RTA) – the train agency Metra, and the bus agencies CTA and PACE – stated face coverings and masks would no longer be required on Chicago-area buses and trains. Public transportation agencies in other parts of Illinois were expected to take similar steps.

Under current Illinois law, the already-high price of motor fuel is scheduled to go up every year under a series of step increases in the State motor fuel tax. The tax pays for maintenance and repairs to Illinois roads and bridges, and a continuous and expanding stream of tax money is required to cover the interest and principal on bonds. Much of these debt securities have already been sold to pay for Illinois road work this summer.

Illinois politicians are aware that Illinois motorists are angry about record-high gas prices. In much of Illinois, motor fuel now costs well more than $4.00/gallon. In the final hours of the 2022 spring session, the General Assembly’s majority party revealed a convoluted “deal” under which the July 1, 2022 gas tax increase would be “paused” for six months. The new law was passed by the Illinois House at 5 a.m. on April 9. The new law does not make the 2022 gas tax hike go away; instead, the July 1, 2022 tax hike is pushed back six months to create a double hit in the calendar year 2023.

A controversial section of the new law will, if it is enforced, require Illinois motor fuel retailers to post stickers on each operating gas pump. The stickers will announce that the gas tax will, for six months, be slightly less than it otherwise would be. As motor fuel and other tax rates are much higher in Illinois than in neighboring and comparable U.S. states, motor fuel retailers oppose being made to post what many consider to be misleading, government-mandated propaganda. The Illinois Fuel and Retail Association, a trade group representing most Illinois motor fuel retailers, has announced plans to sue the J.B. Pritzker administration to stop the sticker mandate and the $500 daily fine for failure to post the notice.