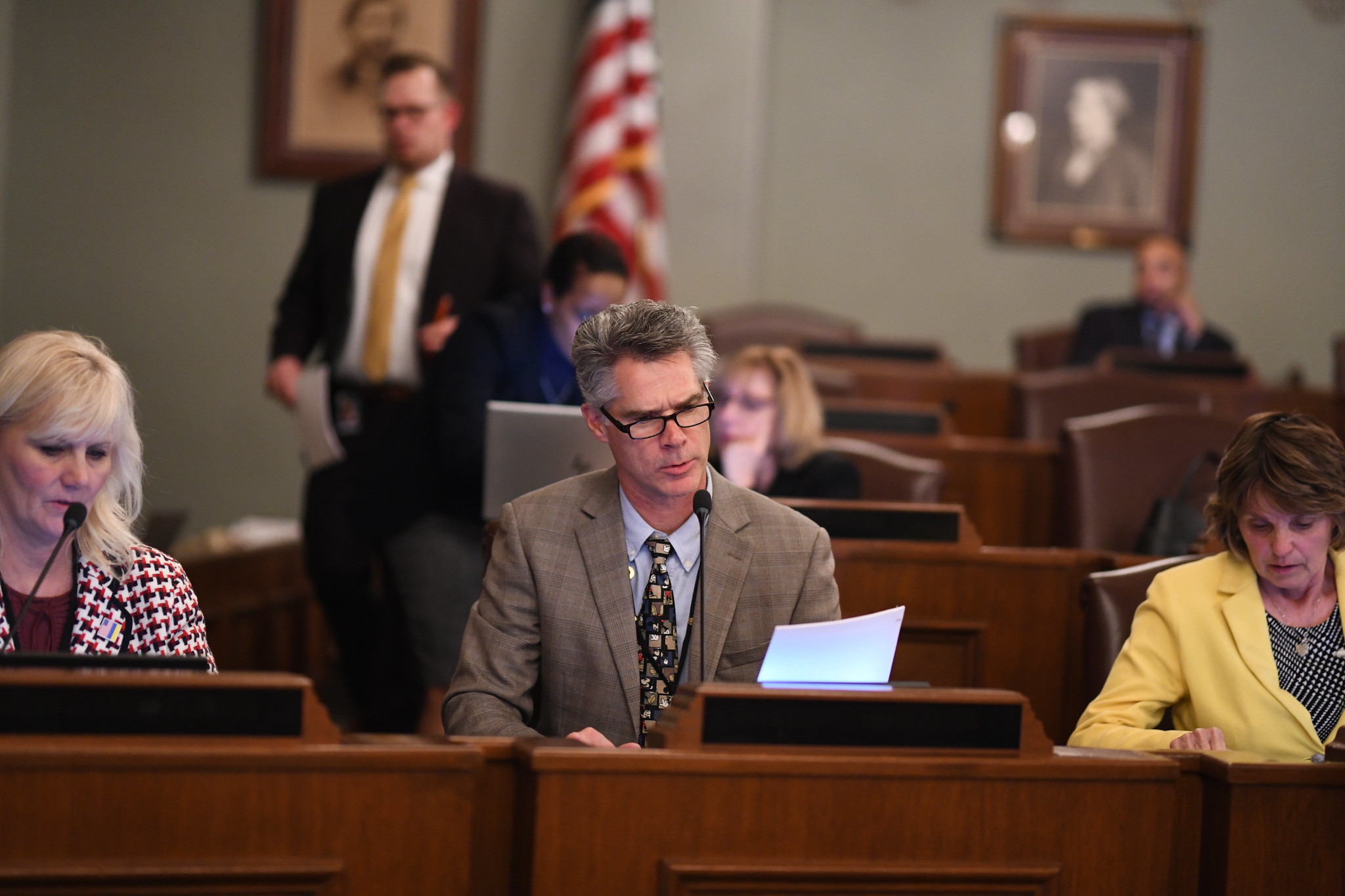 As Democrats continue negotiating how to spend taxpayer dollars for the coming fiscal year, Republicans say millions of their constituents across Illinois are being snubbed. The spring session of the Illinois Legislature ends on April 8. It’s expected that a plan to spend taxpayer dollars for the fiscal year that starts July 1 will be approved before then. House Minority Leader Jim Durkin (R-Western Springs) said Republicans have been frozen out of negotiations. He expects large amounts of spending supported by federal tax dollars that Democrats will tout as a great accomplishment.

Durkin also said that despite House Speaker Emanuel “Chris” Welch, D-Hillside, saying it’s a “new day” after replacing former longtime Speaker Michael Madigan, Democrats will be taking up what Durkin called the Madigan model to budgeting. “And that’s excluding the minority party and all their constituents from every major decision regarding their welfare in Illinois,” Durkin said Wednesday during an unrelated news conference.

On the issue of the budget, a long-term planning report from the Commission on Government Forecasting and Accountability (CGFA) notes that Illinois’s budget continues to suffer from weak demographics, government instability, and a lack of funding for the state’s pension liability. In addition to these factors, rising interest rates, pressured up by the U.S. Federal Reserve and other parties, are a new threat to Illinois’ government bodies. All said Illinois’ fiscal future will hinge on how the General Assembly handles these issues.

This year I have been moving a follow-up bill to last year’s legislation that allowed the Kaskaskia Port District and other such districts in Illinois, to apply for and receive state and federal grants. This year’s bill, HB4114, makes it so the District can own and lease industrial, office, factory, packaging, and warehouse buildings. The current statute only allows for the acquisition and construction of industrial buildings. It does not explicitly provide for ownership or leasing. I am happy to say this bill has passed both chambers and will soon be sent to the Governor’s desk.

My colleague, Rep. Dan Swanson, spoke on the floor this week in honor of Vietnam War Veteran’s Day. Below is an excerpt from his speech:

“The Vietnam War was the second-longest war in United States history, after the war in Afghanistan. Promises and commitments to the people and government of South Vietnam to keep communist forces from overtaking them reached back into the Truman Administration. Eisenhower placed military advisers and CIA operatives in Vietnam, and John F. Kennedy sent American soldiers to Vietnam. Lyndon Johnson ordered the first real combat by American troops, and Richard Nixon concluded the war. President Nixon signed a ceasefire in January 1973 that formally ended the hostilities. In 1975, communist forces from the north overran the south and unified the nation. March 29th was chosen as Vietnam Veterans Day because the last American combat troops left the Republic of Vietnam on March 29th, 1973. The average age of the American soldier in Vietnam was nineteen. Over 2.7 million Americans served in Vietnam. 58,281 United States citizens died in the war.”