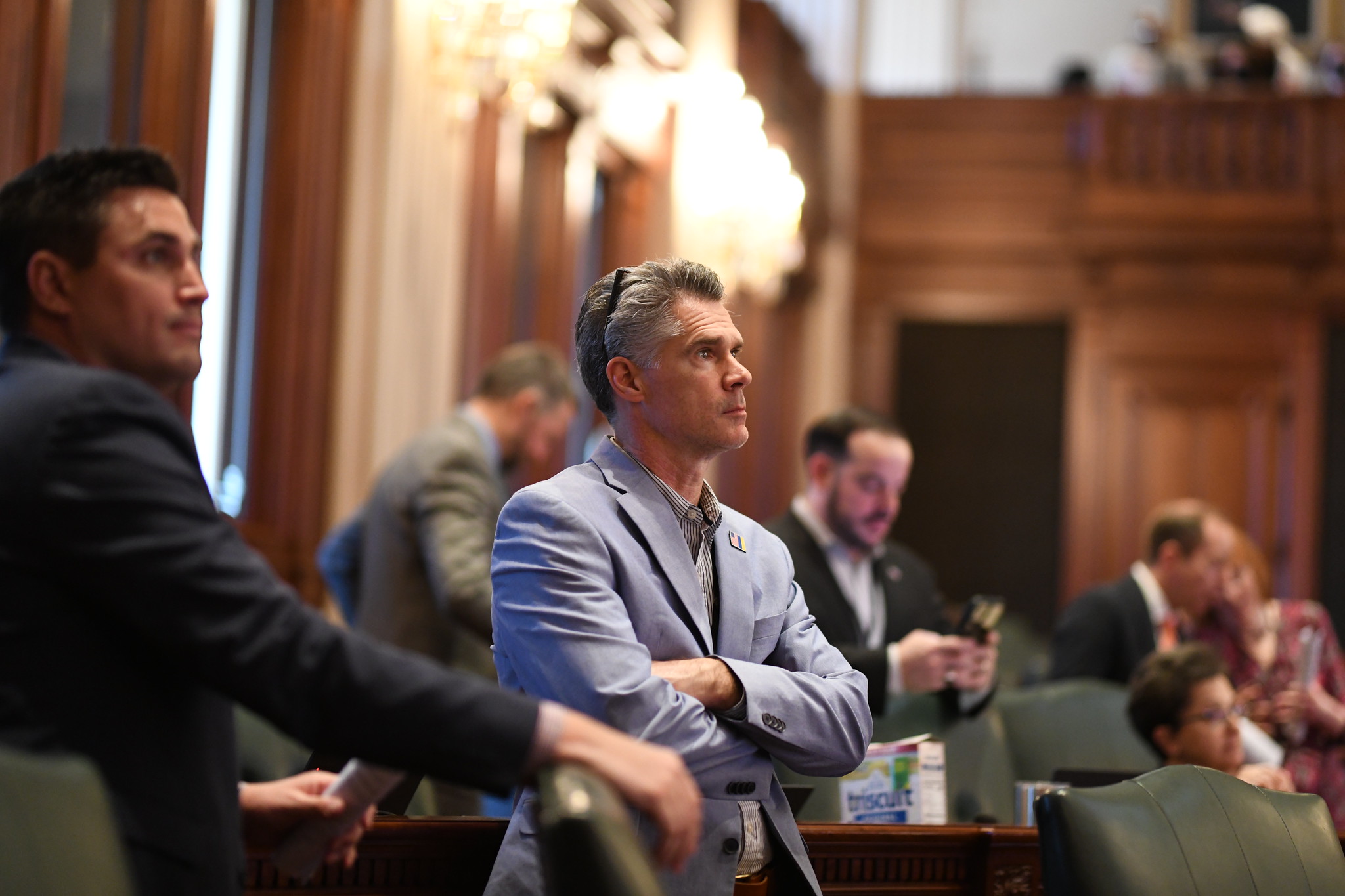 This past week saw limited floor action as bills have begun to arrive from the Senate. These bills must move through their respective committees before moving to the House floor. So expect a slower period for the House as we approach the March 25th deadline to get Senate bills out of committee.

My own HB4114 has arrived in the Senate and has been referred to assignments. In a follow-up to last year’s Kaskaskia Port District legislation, the bill clarifies that the District can own and lease industrial, office, factory, packaging, and warehouse buildings. Currently, the law allows for the acquisition, and construction of industrial buildings, but does not explicitly provide for ownership or leasing. The bill seeks to correct this and makes it clear.

The longtime head of the Democratic Party of Illinois was arraigned this week on a 22-count federal felony indictment. The indictment leveled charges of racketeering and wire fraud against the former Speaker of the Illinois House. The charges are related to an alleged pattern in which former Speaker Michael J. Madigan is said to have weaponized his legislative leadership and political party leadership in the interests of his law firm and close associates.

The former Speaker was not required to be present in person for his arraignment and did not speak on the phone call that carried out the court procedure. Madigan’s arraignment was a procedure that officially acquainted him and his lawyers with the charges against him and granted him standing as the defendant before a court of law. The former Speaker will now be given time to study the charges and to select a strategy for his criminal defense.

COVID-19 case counts and hospitalizations dropped sharply in February and the first week of March 2022. The move to make face-covering optional was contained in HR 717. The House changed its rules by bipartisan vote on Tuesday, March 8. House committees will continue, for now, to primarily meet electronically by video. Legislative leaders praised the work of House staff for helping to keep operations going during the time of the pandemic. The Illinois Senate also lifted its face-covering mandate this week.

Illinois will observe daylight time, with clocks one hour ahead of standard time, until the first Sunday in November (November 6). All 102 counties in Illinois observe Central Standard Time and Central Daylight Time. This marks a major difference from the neighboring states of Indiana, Kentucky, and Michigan, in which different counties within the state are in different time zones.