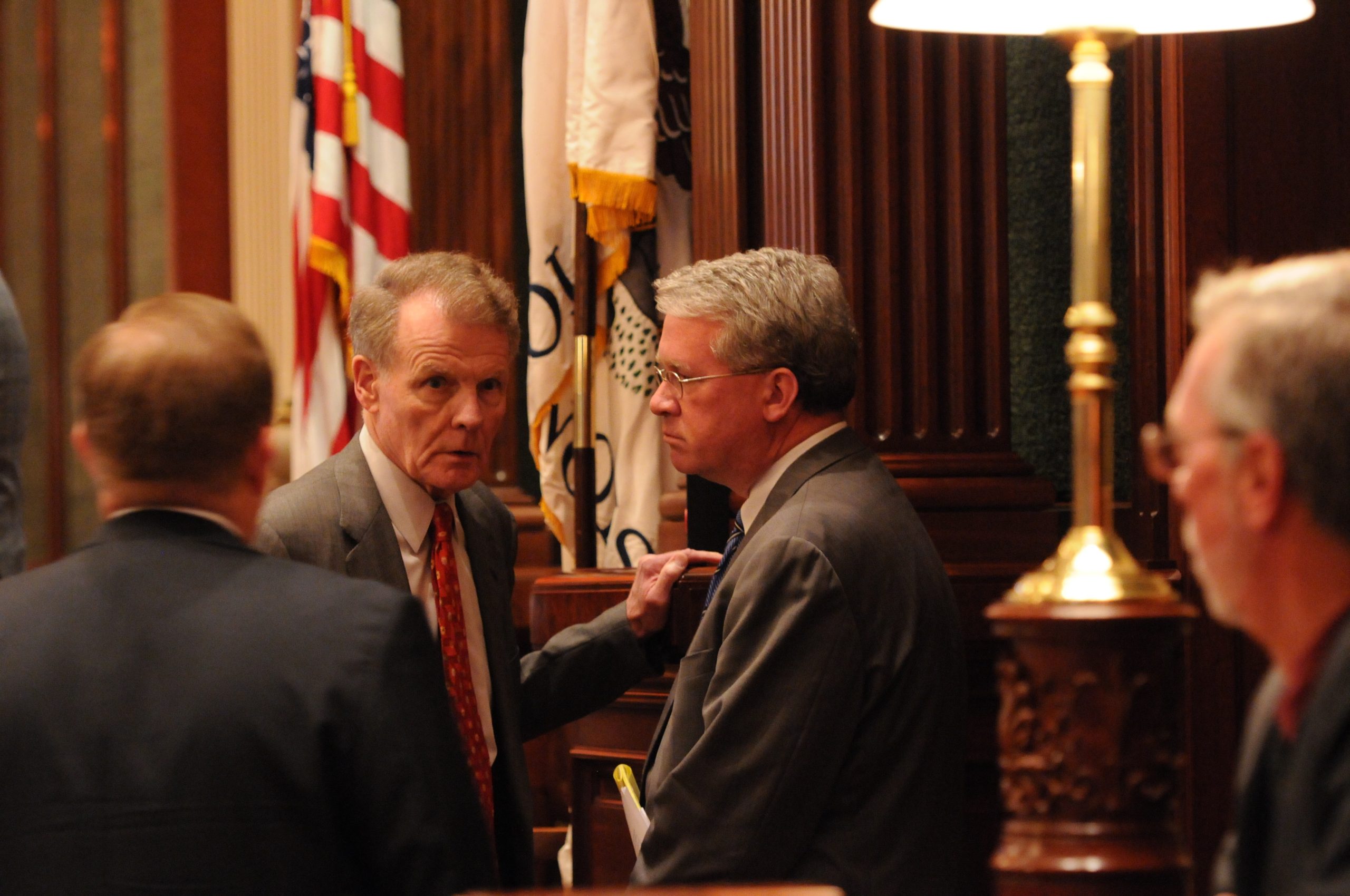 Friday marked the deadline for the 3rd Reading of House Bills. One of the busier weeks each spring, the House was in session until 11 pm Thursday. Friday saw the conclusion of floor action as bills that passed the threshold are now heading to the Senate for debate. I had one bill, HB4114, make it through the House. This piece of legislation is a follow-up to last year’s Kaskaskia Port District legislation and seeks to clarify that the District can own and lease industrial, office, factory, packaging, and warehouse buildings. Currently, the law allows ownership and leasing of terminal facilities, port facilities, transportation, rail, marinas, airports, and other real property, but is not as clear in respect to other types of industrial and factory faculties.

On Wednesday, March 2, former Democratic Speaker of the House Michael J. Madigan was indicted on federal racketeering conspiracy and bribery charges following a federal probe into political corruption in the state of Illinois. Also named in the indictment is longtime Madigan confidante Michael McClain. A joint press conference held by the U.S. Department of Justice (DOJ), Federal Bureau of Investigation (FBI), and the Internal Revenue Services (IRS) outlined the indictment.

The charges are related to Madigan’s alleged role in a conspiracy linked to lobbying practices during his decades-long tenure as Speaker of the Illinois House of Representatives. The indictment accuses Madigan of leading a criminal enterprise to enhance his political power and financial well-being. In addition to the previous allegations that Madigan and McClain sought jobs, contracts, and money for Madigan’s associates from ComEd, the indictment reveals a new scheme involving Chicago City Council Member Danny Solis. Madigan allegedly agreed to help Solis land a spot on a state board paying at least $93,926 after he retired from City Council.

According to U.S. Attorney for the Northern District of Illinois John Lausch, who was leading the investigation of Madigan, “The indictment alleges a long-term, multifaceted scheme to use public positions for unlawful private gain.”

The U.S. Justice Department said, “Madigan and McClain allegedly caused various businesses, including the utility company Commonwealth Edison, to make monetary payments to Madigan’s associates as a reward for their loyalty to Madigan, at times in return for performing little or no legitimate work for the businesses.”

“This is another chapter in the sad story of corruption that has pervaded every corner of the state that was touched by Mike Madigan and his Democrat enablers and has dismantled true democracy in Illinois,” said House Republican Leader Jim Durkin after learning of the indictment. “Today, the same Democrats who empowered Madigan are still blocking real ethics reform just like they blocked the Special Investigating Committee that was created to get to the bottom of Madigan’s corrupt activities.”

The Illinois Department of Natural Resources (IDNR) has wrapped up the final deer season of 2021-2022. A series of deer seasons cover opportunities for bowhunters, shotgun hunters, muzzle-loader hunters, youth hunters, and people in other categories.

Hunters who take deer under license then report their harvests to IDNR for official tabulation and game management.

The 147,004 deer reported in 2021-2022 were a sharp decline in harvested deer from the 162,752 deer taken in 2020-2021. The decline of almost 10% means that more deer could be wandering around Illinois’ roads and highways. The harvest numbers from the 2020-2021 season cluster could have reflected the height of the COVID-19 pandemic and the eagerness of many licensed Illinoisans to enjoy outdoor recreation after many months of “stay-at-home” orders. Demographic factors are also affecting trends in Illinois deer hunting.