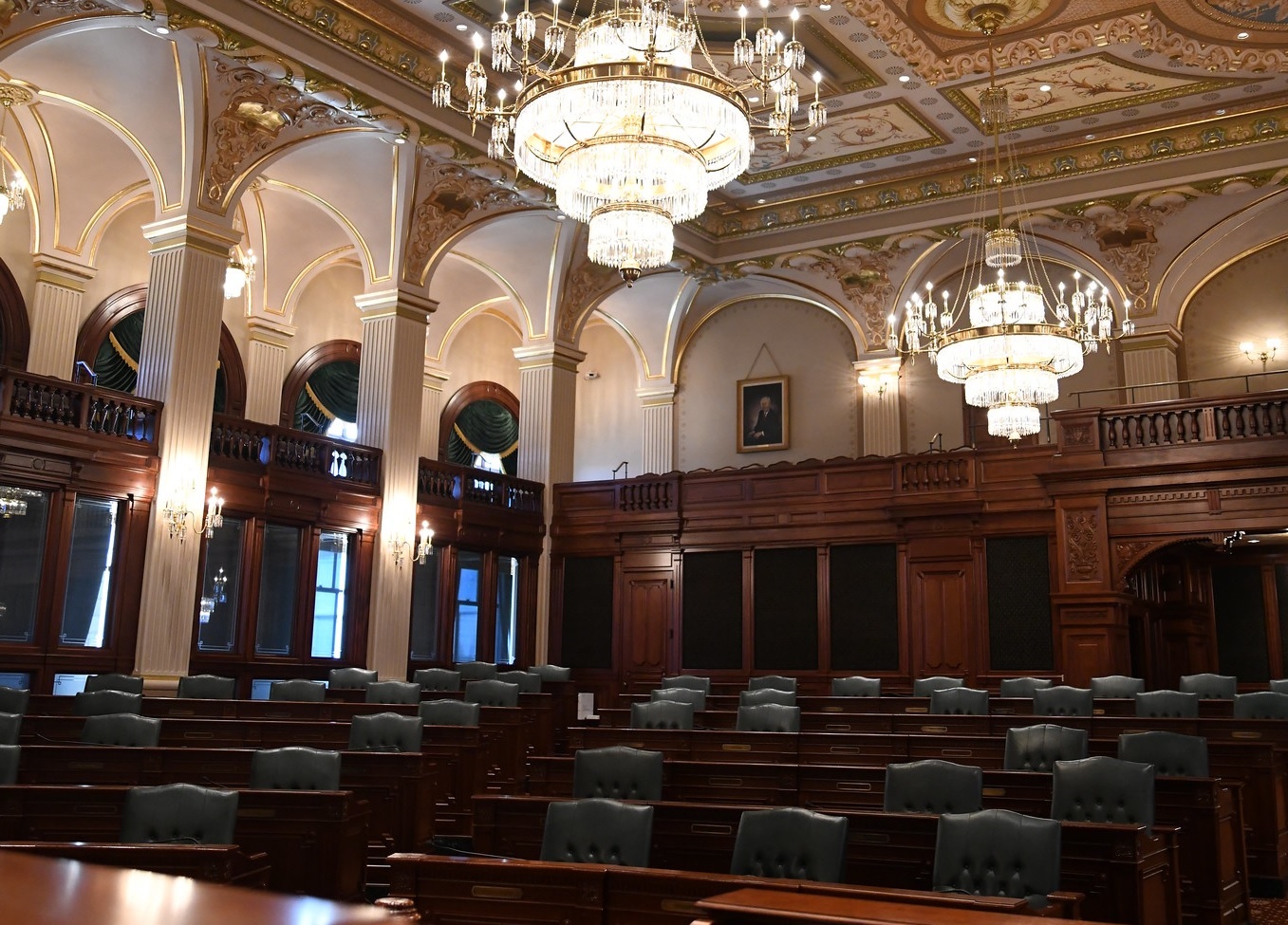 The General Assembly reconvened this week to begin its 2022 session and from the start state Democrats managed to corrupt more elections, make police offers job more difficult, and have left the Office of the Legislative Inspector General vacant. The 2022 session is expected to be more compacted than usual with House and Senate are scheduled to adjourn the spring session on Friday, April 8, in advance of the June primary election.

Wednesday was our one day in session this week most action revolved around the issue of the judicial remap. In regards to the judicial remap, it was dropped into our laps just hours before the Democrats wanted to vote on the measure. From my statement Thursday:

“Last night at the 11th hour, House Democrats once again took up and passed judicial redistricting legislation with no witness testimony. The sponsor claimed that the subcircuits were created to promote diversity within the judicial system. We know this to be false since the 20th Judicial Circuit in St. Clair County hosts a minority population of almost 40% and did not receive subcircuits. These maps were redrawn for purely partisan advantage, the definition of court-packing.”

In July 2021, Legislative Inspector General Carol Pope announced that she would be leaving office, citing the failure of the General Assembly to pass meaningful ethics reform. Pope, a former prosecutor and appellate court judge, tendered her resignation in July. She called the office a “paper tiger” and blasted lawmakers saying they “demonstrated true ethics reform is not a priority.” She originally said her last day would be Dec. 16, but agreed to stay on until the Jan. 6 to allow more time for her position to be filled. As of this week, the Office of Legislative Inspector General is vacant. However, the position was posted and the search committee was formed. Two candidates were recommended, but the Legislative Ethics Committee made up of four Democrats and four Republicans couldn’t come to a decision. It will be important to monitor this situation moving forward so that we can work to improve ethics in Illinois.

With the beginning of the New Year, some new laws went into effect in Illinois. Here are some of the changes brought in with 2022: insurance companies are now required to cover comprehensive testing for cancer predisposition, pancreatic cancer screenings and tests for diabetes and vitamin D deficiency. Parking is now easier for expectant mothers in their third trimester as they are eligible for a free placard to park in handicap-designated spots. Laws improving funding for educational scholarships to military families, expanding cottage food operations, promoting awareness of sarcoidosis, and even legalizing kids’ lemonade stands took effect with the New Year.

To view a brief summary of all new laws effective January 1, 2022 click here.