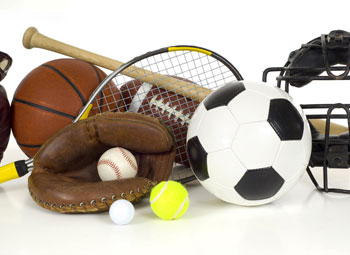 On Thursday, my colleagues, Reps. Ugaste, McLaughlin, Elik, and Sosnowski held a press conference to highlight the continued failure of the Pritzker Administration to fix the ongoing crisis at IDES. We’re 14 months into a pandemic and the Department of Employment Security continues to fall short of its duties. Since the beginning of the pandemic, many of our constituents were let go from their jobs. They sought help with the state only to find that the agency in charge of assisting those in need have shuttered their doors and turned off their phones. This was a complete failure.

I, and many other lawmakers, previously signed onto a letter from Representative Elik to the Director of IDES, but it proved unhelpful. We now urge Governor Pritzker to step up and fulfill his role as executive and work to fix IDES and bring the assistance so many of our citizens need.

Last week I filed HB4082, also known as the Women’s Equity Sports Act. I bring this bill forward to ensure a fair and level playing field in girls’ athletics. Specifically, this bill provides that an athletic team, or sport, designated as being female is available only to participants who are female based on their biological sex. This language would apply to any organization or entity that provides interscholastic or athletic competition, such as the IHSA.

The chance to play sports is often a once-in-a-lifetime opportunity to grow as a person, learn life lessons, have fun, make friends and make memories that will last a lifetime. Sports, however, can often be a lifeline or stepping stone to improving one life. Sports may be an individual’s only means to better one’s self economically and socially. I want to protect women’s sports and the opportunities sports offer young women.

It is rumored that the first of the legislative map proposals will drop sometime today. Despite over 30 public hearings on the matter, the expectation is that Democrats will be drawing new districts to match their wishes. Once the new maps drop, a long series of legal battles over the fairness of the maps will begin. I anticipate the resolution, of which, may end up having to be settled by the Illinois Supreme Court.

I, and my Republican colleagues, have made it known that this partisan method of drawing legislative districts is completely outdated. We should be approaching maps with an independent, bipartisan commission that can ensure fair, contiguously drawn, accurately represented maps. Anything short opens up the state to more corruption and failure as a government.

COVID Receding in the Area

Monroe County is receiving good news as COVID-19 cases continue to drop. Only 2 new cases were identified this past week for an ongoing total of nine. A reason is that vaccinations in Monroe County are at 40.38% which places it as one of the top counties in the state. With the Bridge Phase beginning, those in Monroe County are close to going on with life as normal. The year has been trying for us all, but I am glad to see the end in sight.

You can listen to my interview here!